Does the Lion Eat the Bird or the Bird the Lion

Mother' Day after your child (son) is called to meet Jesus in Heaven and yes I mean Jesus Christ. ( If this offends then don't read anymore and I won't offend you!) just isn't Mother's Day! It's not the same!
How can one explain the love a mom has for her Children? Should she have to? The desire to be away from everyone this Mother's Day  was intense. I went to a hotel in a town I new no-one and spent the weekend just thinking about what his life would be like.
What would it have bee like if he would of been able to:
Continue his career path and save enough money to purchase a home?
I was so happy he had finished off school debt.
If men would of understood I had already lost two children in miscarriage would the Gods have shown mercy and grace to my living children?
Would Dustin have had children of his own?
Would he have married a woman of grace or one who lacked it?
Would  he have known love?
Would he have been successful?
Would I have grandchildren?
A home filled with love?
Would I be with him celebrating Mother's Day? Birthdays? Christmas? Birthdays? Fathers Day?
Did God denie him the right to be a Father?
Who do I blame?
That's why I thanked all the sons for taking me away for the weekend on tweet yesterday! Does the mother of this young man exist?
Shopping is a distraction from the reality...pain is when you know that the people that wanted didn't hamage the woman who was helping them succeed. Reality is knowing you know the difference. Acceptance is not complaining how much you miss the time you spend together! Tolerance is asking those that are cause you pain to STOP, they got It all there is nothing left of the person they desire!
at May 11, 2015 No comments:

Hi there, Diamond Glamour Girls, It has been a long time since I have written a post blog fort you May of 2019 to be exact. Why now? I... 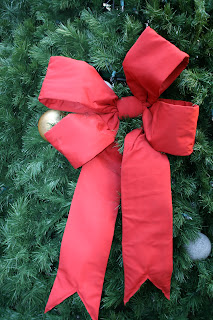 Every Girls Should Know

Click to schedule Meeting and Event Planning for 30 minutes